Close Menu
Chicago Workers' Compensation Lawyer > Blog > Workers Compensation > Does Workers’ Comp Have To Help You Find A New Job If An Injury Renders You Unable To Continue Doing Your Old Job?

Does Workers’ Comp Have To Help You Find A New Job If An Injury Renders You Unable To Continue Doing Your Old Job? 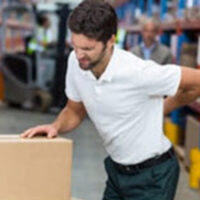 Being a delivery driver is exhausting work, and no one can do it forever.  If you suffer from chronic back pain, as many people past a certain age do even if their jobs are not especially physically demanding, then the driving and lifting associated with your delivery driver job can be burdensome.  What happens if a work injury makes it so that, even after you complete your treatment for the acute injury, chronic pain prevents you from being able to perform your work tasks?  In some cases, workers’ compensation will help you retrain for another job at the same company or elsewhere.  As with anything else involving workers’ compensation, your employer will try to pay for as little as possible, but this does not always mean that you are not entitled to more than your employer is giving you.  A Chicago workers’ compensation lawyer can help you resolve disputes about vocational rehabilitation in addition to disputes about coverage of medical treatments.

The claimant in this case had worked as a delivery driver for 18 years before getting a job with the employer with whom he later became involved in a workers’ compensation dispute, a distributor of alcoholic beverages.  During the last four months of his previous job, he had been promoted to delivery manager.  He started working as a sales supervisor for the beverage distributor in 1999, and during the interview process he demonstrated that he could lift 50 pounds and could tolerate long periods of standing and sitting.  His job duties including building shelves and stocking them with beverages, among other less physically strenuous tasks.

In May 2011, the claimant was stocking a cooler at work when he suddenly felt a pain in his lower back that radiated down his right leg.  The pain was so severe that it caused him to lose his balance.  He notified the human resources director of his injury and then had a coworker drive him to a hospital emergency room.  A workers’ compensation doctor later determined that his work tasks had aggravated his previously asymptomatic degenerative disc disease.

The claimant reached maximum medical improvement after receiving injections and undergoing physical therapy, but his lifting ability was greatly reduced.  Workers’ compensation invited him to interview for another position, but he did not interview for it; he did not think he was qualified for it, because his highest education level was a high school diploma.  The employer then terminated the claimant’s employment.  In the ensuing legal dispute, the claimant said that the employer should have helped him retrain for other positions, but the appeals court sided with the employer; it reasoned that the claimant should have been more proactive in requesting vocational rehabilitation through workers’ compensation.

A workers’ compensation lawyer can help you if you were injured at a job that involves heavy lifting.  Contact Connolly Injury Law for a consultation on your case.

By Connolly Injury Law | Posted on February 10, 2022
« Amazon Drivers: What To Do After A Slip And Fall Accident
Spinal Cord Stimulators And Work Injuries »