Close Menu
Chicago Workers' Compensation Lawyer > Blog > Workers Compensation > According To The Workers’ Compensation Commission, Not Everyone Who Gets A 1099 Is An Independent Contractor

According To The Workers’ Compensation Commission, Not Everyone Who Gets A 1099 Is An Independent Contractor 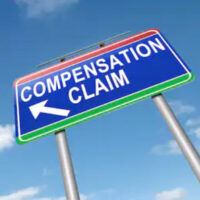 The percentage of employees who get health insurance benefits and the other legal protections afforded to full-time employees is getting smaller and smaller, even as Americans work more and more hours per week.  One of the strategies employers use to reduce costs is to classify as many workers as possible as independent contractors, even when the workers are doing the work of full-time employees.  According to the IRS, everyone who gets a form W-2 is an employee, while everyone who gets a 1099 is an independent contractor, but in other areas of the law, it is not that simple.

Employer Disagrees With Injured Trucker About Whether He Is an Employee

Antoni began his truck driving job in 2007.  Upon accepting the job, he signed paperwork that classified him as an independent contractor, but he did not understand it well, because of his limited English language proficiency.  He later testified, through an interpreter, that he thought the employer would not give him any work if he did not sign.  In March 2009, Antoni got injured at work.  While walking behind the truck to check the load in the trailer before embarking on a trip, he slipped and fell, briefly losing consciousness as a result.  For months after the accident, he continued to suffer pain in his neck, back, and left shoulder.

By Connolly Injury Law | Posted on April 29, 2022
« Injuries To Baggage Handlers
What Is My Workers’ Compensation Case Worth? »